13 November 2018, Hamburg. Evidence performs as part of his Weather or Not Tour in Hamburg. The city shows the Weatherman its unpleasant side. We arrive at the venue, the Logo, for the soundcheck. Evidence is rapping, warming up. The ceiling is low, which creates an intimate atmosphere from the first bar onwards during Evidence’s show. All concerts of his tour so far are sold out, as he proudly tells us later. After the soundcheck, his German tour manager brings us into the backstage room and introduces us to Evidence, who sits relaxed on a bench and politely greets us. He wears the dark coat we know from the cover of the Weather or Not album and the tour posters, as well as an orange Weather or Not cap (photos from the interview below).

Michael Perretta, known professionally as Evidence (Twitter, Instagram, Facebook), born 1976, is a rapper and producer from Los Angeles. With Rakaa and DJ Babu he forms the hip-hop group Dilated Peoples; with The Alchemist the hip-hop duo Step Brothers. In January, Evidence released his latest album Weather or Not to mostly favorable reviews (reviews at HipHopDX, DJBooth, Pitchfork). To many, the album is already among the contestants for album of the year 2018 – in a year full of great hip-hop releases.

On the Weather of Not Tour he only brought his DJ Mishaps (Twitter, Instagram, Facebook) from Los Angeles. His son stayed in the USA. No supporting act. No hypeman, weedcarrier, other homies or representatives of management or label. Only his two German tour-managers briefly drop in during the interview.

Evidence makes a pleasant, calm and relaxed impression. During the interview he is talkative, answers extensively, thoughtfully and professionally.

A few of the questions Evidence answered during our interview:

Listen to the full interview (in English) by say say • soulful hip-hop radio with Evidence:

The Interview was recorded on 13 November 2018 in Hamburg, Germany. It has been edited for a better listening experience. 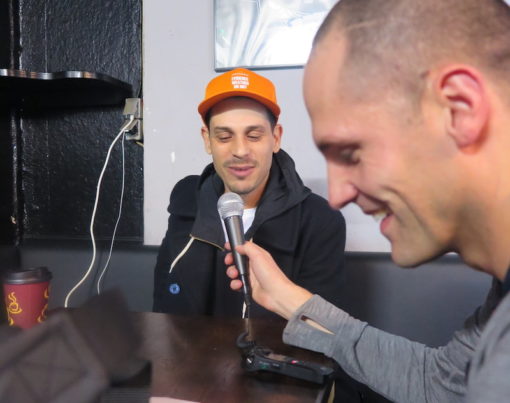 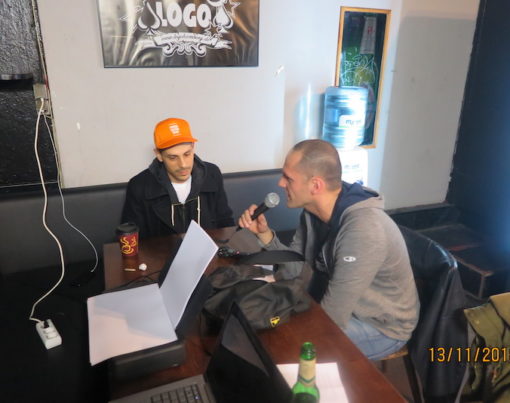 Our favorite Dilated Peoples track is Worst Comes To Worst (2001):

Most successful from a commercial point of view was This Way featuring Kanye West (2004):

Evidence released his first solo album The Weatherman LP in 2007, followed by The Layover EP 2008, Cats & Dogs 2011, Lord Steppington (together with The Alchemist as Step Brothers) and now in Januar 2018 his current album Weather Or Not (there are also mixtapes and instrumental albums not mentioned here).

As a producer, Evidence has produced many of his solo tracks as well as tracks by Dilated Peoples. He produced tracks for other artists including Defari, Madchild, LMNO (The Visionaries), Krondon, and Kanye West. He won a Grammy for co-producing the track Last Call on Kanye West’s debut album The College Dropout (we talked about this in the interview):